Deprecated: Non-static method Joomla\CMS\Application\SiteApplication::getMenu() should not be called statically in /home/fairchildhousing/public_html/components/com_posthousing/router.php on line 81

Notice: Trying to get property 'name' of non-object in /home/fairchildhousing/public_html/components/com_posthousing/models/base.php on line 379

Warning: round() expects parameter 2 to be int, string given in /home/fairchildhousing/public_html/components/com_posthousing/models/common.php on line 549 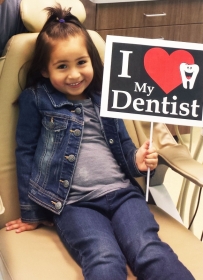 MCAS Yuma began as a mere US Army Airfield in 1942, converting a small civilian airfield into a useful small Army airfield used for training single engine trainers, later multi-engine bombers, as well as housing a Flexible Gunnery School for bomber gun crew. The base closed very soon after the war ended, and the field returned to civilian use.

In 1954, nine years after inactivation, the airport was reactivated to be a training center for jet interceptors and rocket proficiency. The airport was soon renamed Yuma Air Force Base; two years later it was renamed Vincent Air Force Base, for Brigadier General Clinton D. Vincent, the second youngest general of the Air Force (age 29 when promoted).

In 1959 the Air Force relocated its units to other bases and transferred ownership of Vincent AFB to the US Navy, which renamed the station Yuma Air Force Station, then Yuma Marine Corps Air Station, with the field retaining "Vincent" to honor the general. The air station has since become a primary training center for Marine aviation tactical fighter squadrons.

Notice: Trying to get property 'image' of non-object in /home/fairchildhousing/public_html/components/com_posthousing/models/common.php on line 527